My kids, they are well

Angel and Caleb had their 3 year and 2 year well-baby check ups last week and this week.  Here’s an update on how those crazy kids are doing.

Angel weighs 32 lbs which is the 60th percentile and she is 37.5 inches tall which is in the 50th percentile. I was blown away by this because I’ve always thought she was small.  I know that she eats enough for four 3-year olds but I was still a little surprised. She did really good at the doctor, except that she didn’t say one word.  I don’t think anyone believes me that she talks like a 10-year old because she hardly talks to anyone except family and close friends.  When they asked if she knows at least one color, I was a good girl and just said, “yes,” instead of telling them what I wanted to tell them (that she knows almost every color and every shape and numbers and letters and yes, is the smartest girl in town).

We talked about potty training which is completely non-existent. He said I just need to find those plastic covers and put her in underwear.  Unfortunately I can’t find the plastic covers but I still need to check out a store that sells cloth diapers because I bet they will have them.   We also talked about night time and sleeping, or lack of sleep and Dr recommend a book for us.  I bought it over Christmas weekend and we implemented it about 4 days ago.  And I’ll have to post separately about the process we’ve went through but basically things are going good. Amazing. Awesome. I can’t believe the struggle we’ve been having for two years and just like that they are sleeping peacefully in their bed with no night time fight. Anyway, I’ll share more about that later.

Overall Angel’s appointment went really good. She wasn’t scared or anything and did a good job. Unfortunately she had to get one shot (can’t remember what) and also the flu shot.  I was very upset because there were two nurses who did the shots and one of them stuck her twice. I’m not sure if Angel’s leg kicked or what but the nurse poked her, the needle came out and she poked her again. It was awful. Angel was not a happy camper after that.  But mama had already promised a special treat after the doctor appointment so we stopped and found an Aerial doll that she loves.

Caleb’s appointment was just today and it was actually kinda boring. We didn’t really have much to visit with the doctor about. He’s just starting to express interest in potty training. The sleeping thing, well hopefully we’ve got that figured out.  We already know he’s allergic to eggs.  He’s a pretty healthy, happy little boy otherwise.

He weighs 27 lbs which is in the 30th percentile and he is 33.25 inches tall which is also in the 30th percentile. Again, I was so surprised by this. I always think that he’s such a chunk but he’s really not. Maybe it’s his big head and feet and hands that make him appear to be so big. Or the way he carries himself like he’s a big linebacker.  He is a pretty picky eater and Pat and I are on the small side so I shouldn’t be surprised, I guess.

We had been worried about his talking but in the last month he has just exploded with learning new words and seems to be right on track. He’s starting to be able to repeat almost anything we say. It’s so fun to finally hear him talk. He doesn’t say too many 2-word sentences but he’s starting too. Of course “hot dog” but maybe that’s just one word. Yesterday he said, “Papa’s house”, because that’s where he would prefer to live.  So he’s getting there. He still won’t say any numbers or letters but surprisingly he knows two colors (pink and blue).

Caleb didn’t have to get any shots on this visit and unfortunately he couldn’t get a flu shot because of egg allergy. I’m just praying he doesn’t get sick this winter. He had RSV last March and the past month or so he’s been so weezy and coughy. We need to try to keep him healthy!

Here’s a few pictures of our babies who are very very well. We are blessed beyond measure and are so thankful! 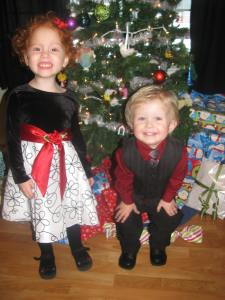 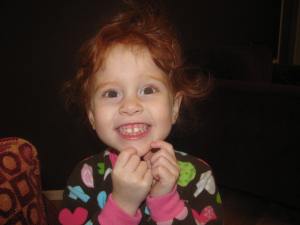 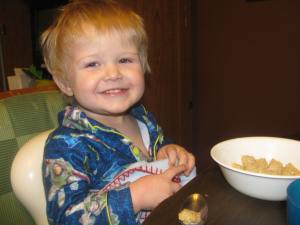 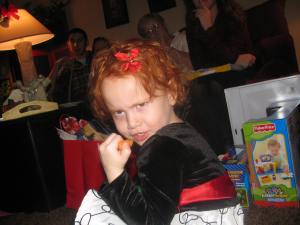 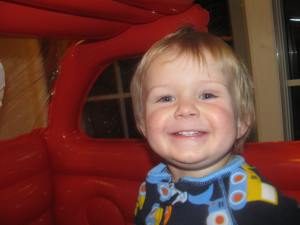 This entry was posted in Angel, Caleb.